You are here: Home1 / Syrian Refugees

Based on the backlog at the tribunal, our clients have experienced significant wait times for their hearings to be heard and decided. The IRB has been overwhelmed by new cases. This has been well reported in the news. Currently, most cases at the IRB are being postponed for “administrative reasons”. Please note that this does not put the case at risk and counsel do not have the power to set new hearing dates. Where an applicant or claimant has an urgent situation, counsel can make a request to the IRB for consideration.

Global News was in our office reporting on this issue. In case you missed it, here is a link to the story.

A reporter from Global, Timm Bruch visited our office to get more information about the wait times at the IRB. Here is an excerpt from his story:

The number of asylum seekers in Manitoba waiting to hear if they can stay in their new homes is going up.

According to the Immigration and Refugee Board of Canada, 40,000 asylum seekers are currently backlogged to have their refugee claims heard.

The number has skyrocketed in recent years due to federal funding, staff limitations, and an intense influx of those coming to Canada through non-border crossings in recent years.

Based on our numbers, this is a very serious issue and we are working with staff at the IRB.

Clarke said Tuesday many of his clients are feeling anxious due to the uncertainty the delay brings.

24,000 claims are processed each year — up from 20,000 previously — but the Immigration and Refugee Board said on Tuesday that it’s just not enough.

The winter months in 2016 brought an influx of asylum seekers to Manitoba’s borders, and the number in 2017 has already started increasing as the weather gets colder: 45 people have already crossed into the province this month, just ten days into October.

We work closely with the tribunal on all our files. For hearings and appeals, please let our office aware of your situation and we may be able to contact the tribunal. We treat every case as a unique situation and we advocate for our clients. We attend hearings at the IRB – all levels, including the RPD, the ID and the IAD – frequently and we assist clients with every type of immigration appeal.

If you or your contacts have upcoming hearings at the tribunal, please contact our office and we may be able to assist.

Please note that Alastair Clarke accepted an invitation to present at Menno Simons College tomorrow on the Refugee Crisis in Manitoba. Regular readers of this blog will know that Clarke Immigration Law has provided legal services to many of the refugee claimants who are coming to Canada from the United States. Many of this people, including women and children, are crossing on foot.

The event itself is from 12:30-1:20. Each presenter has 10 minutes to share on some aspect of the current migrant refugee crisis affecting out city and surrounding areas.

Though our event is over lunchtime, we are only able to provide a snack.

Alastair will be talking about  areas of refugee law:

The main focus of the presentation is to answer questions from the public and to engage discussion on these important issues. There has been a huge increase in the numbers of people who have been entering Manitoba and this refugee crisis is only going to get worse as the weather gets warmer and it becomes easier to cross. In addition, there is no indication that the American government is taking any steps to help the refugee claimants on their side of their border.

WINNIPEG – Bundled against bone-chilling cold, asylum-seekers hoping to gain refugee status in Canada have been trudging through ditches and fields along the border with the United States.

Many have already had refugee or asylum claims turned down in the U.S. and feel they may have more success in Canada. That assumption, say some immigration lawyers, is correct.

“I think that there is a lack of access to justice (for claimants in the United States),” said Bashir Khan, an immigration lawyer in Winnipeg.

“In most of Canada, you do get … a legal-aid assigned lawyer. You’re not put in immigration detention, so you are able to make long-distance calls to gather evidence that your lawyer may tell you is needed.”

Alastair Clarke, another immigration lawyer in the city, said he has represented people who have been rejected in the United States but are accepted in Canada.

“It happens regularly,” he said.

“In the United States, there’s a much higher rate of detention … and when the individual is detained, it’s much more difficult for them to access counsel. They have limited rights to legal counsel for legal advice, and the counsel who do represent them are often lawyers who don’t specialize in (immigration).”

WINNIPEG — Bundled against bone-chilling cold, asylum-seekers hoping to gain refugee status in Canada have been trudging through ditches and fields along the border with the United States.

Many have already had refugee or asylum claims turned down in the U.S. and feel they may have more success in Canada. That assumption, say some immigration lawyers, is correct.

“I think that there is a lack of access to justice (for claimants in the United States),” said Bashir Khan, an immigration lawyer in Winnipeg.

“In most of Canada, you do get … a legal-aid assigned lawyer. You’re not put in immigration detention, so you are able to make long-distance calls to gather evidence that your lawyer may tell you is needed.”

Concerns that asylum seekers streaming across the border into Canada could represent a security threat to the country might be understandable, but are not valid, says a law professor who has studied the results of refugee claimants.

“You need to be very cautious about assertions that particular groups are more of a risk of security or criminality than other groups,” Rehaag said in an interview. “Almost any study suggests that criminality is less of a concern among recent newcomers than the settled population.”

When the Refugee Sponsorship Support Program was launched on 28 Sept 2015, Clarke Law was one of the first law firms in Canada to join. The goal of the program was to help the government reach its target of bringing in 25,000 Syrian refugees as part of its campaign promise. Immigration and refugee lawyers across Canada have been working and volunteering their time to make sure the applications are processed quickly, without issues.

In Winnipeg, Alastair Clarke agreed to assist the South Osborne Syrian Refugee Initiative pro bono (this means that legal services are provided at no cost). We are assisting a group of families who are currently in Lebanon. The Syrian refugees have each faced extreme hardship while in their home country and they have managed to make their way to relative safety in Lebanon. Unfortunately, they are still not safe. We are working to bring them to Winnipeg where they will be far from the violence and out of reach from the Syrian operatives who are still threatening their safety.

Paula Leslie and other organizers have been working hard to raise the funds to make sure the Syrian families have support once they reach Canada. News agencies, including the CBC, have been reporting their efforts: 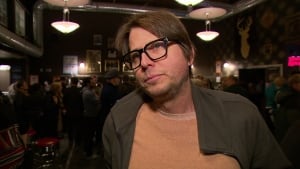 Close to 350 people packed the Park Theatre on Tuesday night for a sold-out fundraising concert to help bring Syrian refugee families to Winnipeg.

The South Osborne Syrian Refugee Initiative teamed up with Churchill Park United Church for the benefit concert, which featured performances by The Bonaduces, Sweet Alibi and DJ Co-Op.

Event co-organizer Matthew Lawrence said the goal is to raise a total of $90,000 “so that we can hopefully sponsor three families” who have relatives already living in the city.

“We started by thinking maybe we could just get involved in something else, but we kind of kept waiting and waiting and nothing was happening, so we decided, ‘Let’s just start something ourselves.'”

A GoFundMe campaign launched by the South Osborne Syrian Refugee Initiative has already raised more than $60,000. Lawrence said he hopes the concert will raise another $10,000.

To show their appreciation, the group recently posted a testimonial on their Facebook page:

Accolades to immigration lawyer Alastair Clarke for assisting us with our applications. Alastair generously provided his services pro bono through the Refugee Sponsorship Support Program. Given that SOSRI was completing the dozens of forms as representatives for the five principal applicants we had a number of questions on how to address certain issues that a sponsoring group ordinarily wouldn’t have (most sponsoring groups apply and have UNHCR families/individuals assigned to them with papers/documents/histories complete). The IRRC toll free question line has extremely long wait times! We were very fortunate to be able to simply email and/or call Alastair with any questions throughout the application process.

Along with Alastair’s professional integrity and his breadth of knowledge it is clear that he cares deeply for the issues and people that he works with. If you need an immigration lawyer – look no further. Thank you Alastair – your time and efforts are appreciated.

This work is not done. We will continue to support this group, and other groups, to make sure their transition to Canada is without any issues.